On Friday the 9th of November, Digital24 joined companies from all corners of Ireland at the prestigious CIM Ireland Awards 2018. While the elements and traffic combined to make the last few yards the longest, too much had been invested to deter attendees.

The awards celebrated both traditional and digital marketing, incorporating public awareness campaigns, the retail sector and more. As well as appreciating individual efforts, the awards recognised teams on the island and the products they had created. The champagne reception was buzzing with chatter of ongoing and future projects, allowing old-hands and relative-novices to make introductions.

Once seated, guests were reminded of the role of marketing; how it forces change and leads to positive outcomes.  With this in mind, it seemed fitting that Karen Collins CEO of Aware NI took to the stage. For a long time, the issue of mental health has been muted in Northern Ireland and the cause an underrepresented one. In recent years, the attitude has begun to change, and this change was reflected on stage. Karen laid out the charity’s mission and goals as guests were given a brief insight into what Aware does best.

Marketers often praise the effects of advocacy for any cause, Aware NI’s video was no different. It was uplifting to see people face a camera and discuss their issues, especially when they noted how Aware NI had supported them.

As Director of Communications for the UK Government, Alexander Aiken was always going to voice a clear message as the keynote speaker on the night.  Initially taken aback, the hosts followed up with some nervous laughter when Alexander delivered this line. He was of course on the money, and the awards were once again brought into sharp focus.

Ahead of the ceremony proper, there was also the small matter of the meal.  At table 19 Digital 24 were lucky to be sat alongside the marketing team from the Ulster Orchestra and our good friend Caroline O’Neill of Digg Childrenswear. Each group at the table were nominated for different awards, reflecting the diversity of talents in the room and made for unawkward conversations.

And the winner is…

The first category, ‘Best New Product, Business or Service Launch’ sponsored by Mintel, was won by a Digital 24 client; Translink NI. The award recognised the Glider launch which involved turning Belfast City violet. Throughout the Glider launch, Digital 24 have been carrying out social listening on behalf of Translink to make an excellent service even better.

Following on from the initial celebration, Public Health NI collected the Cause Related Marketing Award for their Not Sorry Mums campaigns. #NotSorryMums aimed to remove the taboo around breastfeeding in public. Next, the focus switched to Digital 24’s on-the-night neighbours the Ulster Orchestra and the Creative Industries Award sponsored by our hosts Titanic Belfast and the Titanic Hotel.   A loud cheer went up (from our director Niamh) when the marketing team from the Ulster Orchestra were summoned to collect their award.

Before a break between award sets, the Federation of Master Builders, Velocity World Wide, Inspec Vision and Employers for Childcare all won awards. Their awards were given for the use of video, contributions to tourism and so much more.  Ahead of hosts Stephen Clement and Cate Conway announcing a break from awards, the Irish News won the Professional Services Marketing Award.  The news group’s Young News Readers initiative helps young people better understand current affairs and understanding of news.

Youth came to the fore once again, this time in the form of a Digg Childrenswear’s nomination. Caroline O’Neill, a client of Digital24, found herself competing with industry giants Moy Park and Marks and Spencer as well as Warden’s of Newtownards. For a few seconds before the announcement or a few years to Caroline’s mind, the table was in silence once again.

Caroline temporarily remained silent when she was declared the winner, something her Instagram following would not recognise. It was a deserved award for the Dungannon native who has amassed over 16,000 social media followers. As well as extremely delighted for Caroline, it’s more proof that a personable and positive message resonates online.

As the evening gathered pace and approached the final collection of awards, it was the turn of Belfast-based advertising agency Ardmore to collect a prize. Like the first award, Translink NI was involved again, as Ardmore collected the Public Sector Marketing Award. The next agency to receive an award were Yelo, for their services to Technology Marketing. After this award, table 19 was under the spotlight once again.

Given the success of our neighbours, in Digg and the Ulster Orchestra, Digital 24 were under pressure to keep the table’s good record going. Thankfully it was meant to be, and despite competition from Dublin’s Zesty and Elevator Promotional Marketing, Digital 24 claimed CIM Agency of the Year 2018. The award comes at the latter part of an outstanding and busy year. It is a testament to the work carried out working with both SMEs on behalf of councils such as Armagh, Banbridge and Craigavon Council, Fermanagh And Omagh District Council and Antrim & Newtownabbey Borough Council as well as managing larger accounts like the Irish Greyhound Board, Translink, Babocush and Sliderobes.

Best was yet to come

After the CIM Agency of the Year was announced, it was onto Marketer of the Year, Marketing Team of the Year, and Studying Member of the Year Award. The winners hailed from a range of backgrounds and achieved unique goals in each of their fields. Firstly, Lauren Campbell of Victoria Square claimed the individual title for her work at Northern Ireland’s most luxurious shopping centre. Next, the team award went to CDE Global, a manufacturing company from Cookstown.

The penultimate award of the night went to Leitrim Hill B&B‘s Thomas Doran. And so, it all came down to the CIM Chair’s Award for Best Campaign Across All Sectors. To describe the result as a shock would be an understatement, mostly because Digital 24’s team did not know of the nomination. The award-winning campaign was Digital 24’s social media work on Babocush – an account managed by agency director Niamh Taylor.

Firstly, as an agency, we would like to say a huge thanks to CIM for both consideration and a successful nomination for the awards. To those we met on the night, we hope to stay in touch and to all the winners and nominees thank you as well.

We look forward to another positive year ahead and can only dream of repeating our successes in 2018. 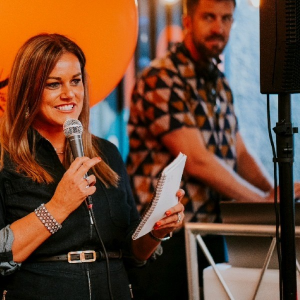 I am the Founder and CEO of Digital Twenty Four. I’m an award winning digital marketer who took a risk, and left the safety of a well-paid, super safe in-house head of marketing role to launch Digital Twenty Four in May 2015. But -it was a risk worth taking because I now own a brilliant company, with a brilliant reputation, and with the best humans working within it. and an award-winning digital marketing expert with over 20 years experience in marketing. 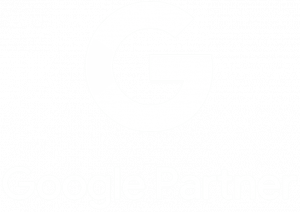