Google likes its rules. After all, they’re part of the reason the company is so valuable today. So when people break them on the platform, it can lead to all kinds of gruelling punishments.

Google’s PPC ads are a big part of its business. While the company is often heralded as a tech giant, the place it makes most of its money is plain old search. Companies pay Google to advertise their products, hoping to garner clicks from visitors. Every time they do, money goes into Google’s coffers.

PPC is a valuable tool your business can use to attract customers and prevent your website from getting buried under the mountain of content out there. If you break the rules, though, you can quickly find yourself in deep trouble, and “de-platformed.” Google will ban if it thinks you’re flouting the rules.

Nobody wants to rely solely on Bing, so it’s best to know ahead of time some Google Ads PPC no-nos. Here’s how to get yourself banned from advertising on Google, and steps you can take to prevent it from happening.

Google wants to make sure that the ads that it displays are real ads paid for by genuine advertisers and clicked on by real users. While you might think that that would be the default set up, you’d be surprised.

Some companies buy invalid clicks to get their ads promoted for particular keywords (after all, Google still wants to serve up relevant content to its users, even if it’s paid). The search giant, however, has become adept at sniffing out these cheaters. If it detects that your ads are getting loads of clicks from the same IP addresses (or no IP at all if you’re trying to mask your activity), it’ll put your account in “disabled mode” meaning you can’t access or use it. Then, a real human representative will look at the data and try to determine whether you’ve really been cheating or whether it’s a fluke. If the results of the investigation go against you, then its bye-bye Google PPC.

Google is a big fan of genuine goods. It doesn’t like the idea that scurrilous advertisers might use its platform to sell copycat products that rip-off brands and fool gullible customers who think that they can buy a brand new, jewel-encrusted Rolex for a few hundred dollars.

What counts as a counterfeit good? Essentially, it’s anything that copies or looks like it copies the logo or design schemes of another brand.

If you sell cheap clothes made, then you can’t plaster the word “Nike” all over them in an attempt to bump up the selling price. Google doesn’t allow it.

While Google hasn’t always been honest about its activities, it insists that advertisers on its platform be honest about theirs.

Let’s say that you run an academic writing service for people who want to cheat on their college submissions. Google says that you can’t use their PPC advertising platform to recommend your services. It falls under the search giant’s definition of “dishonest.”

Likewise, you can’t advertise hacking instructions, spreading the word about how you’ve managed to grab a load of account details from some unsuspecting company. Also, you can’t use advertising services as a way to artificially inflate website traffic. All ads must be genuine and related to a specific product or service you want to sell.

While Google was the poster child for the early days of the internet when it was something of a digital wild west, the company today has a penchant for corporate responsibility.

Do you want to advertise dangerous products like fireworks, guns, recreational drugs or tobacco products? Sorry – you can’t.

Google wants to protect user data and make sure that it doesn’t fall into the wrong hands. While Google reserves the right to use user data in any way that it sees fits, as a platform user, you have to obey its rules.

When it comes to collecting user information, Google doesn’t like two practices in particular: collecting data for unclear purposes and collecting sensitive data without putting in place adequate security measures.

Advertisements that claim to know things about the user, like their financial situation or sexual orientation, are another great way to get yourself banned. You can’t, for instance, collect data on a user’s finances and then serve up adverts telling them how they can get out of their current “X” amount of debt.

When a user clicks on an ad, they expect the content of the ad to faithfully represent the product they see on the landing page. If it doesn’t, it can confuse and annoy them – two things that Google is keen to avoid.

Misleading ads can include a host of other things too. For instance, Google doesn’t like it when you miss out important billing information or don’t make it clear how you will charge customers.

The company also doesn’t appreciate it when you try to obscure interest rates or additional fees.

Furthermore, you can’t advertise special offers on a PPC ad and then renege on them on your actual product pages. Nor can you set up an advert offering 50 per cent off a customers’ next order and then have in the small print that “only one customer will qualify for the offer at the discretion of the company directors.”

Weight loss companies, beware: Google is on to you. You can’t make claims like “lose 50 pounds in three days” or “get bikini slim by next Tuesday.” Both the laws of Google and thermodynamics are against you.

So, in summary, Google’s PPC ad rules are mainly common sense. Don’t do anything the company considers bad, and you’ll be fine. If you’re unsure, consult the terms of service. 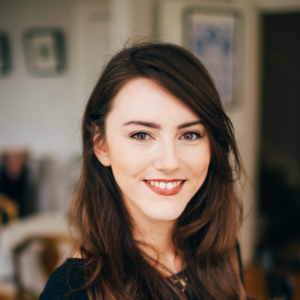 I'm Digital 24's Performance Marketing Director. My bread and butter's in advertising on channels like Facebook and Google as well as others like TikTok, Pinterest and LinkedIn... However, I'm quite a data-driven person and love chatting all-things tracking, analytics and even some SEO!